A framework for shell scripts that provides functions that can be used to load, include or call module shell scripts. It supports most shells based on Bourne shell including Bash, Ksh and Zsh. A compiler can also be used.

These are the scripts that I commonly use for finding executable binaries, libraries, and manual page files.

A KangarooTwelve library for Ruby.

An XXHash library for Ruby.

A Ruby script that runs multiple instances of dnscrypt-proxy with many features. See blog post for details.

A collection of patches I made for Geany that adds more features. See my blog post for details. 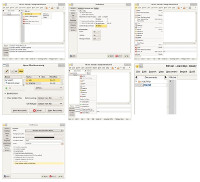 getabspath and getcleanpath are shell script functions that get absolute forms of a UNIX path.

A less poetic version of killtree.

My personal overlay for Gentoo Linux’s Portage. It can be installed locally through layman with layman -a konsolebox. See details, or check repository.

A tool for mapping partitions in a block device to logical devices using dmsetup and sfdisk.

A color scheme for Geany with a minimalistic feel or approach. See repository page for preview.

A script that copies files along with their dependencies to a virtual root directory. The resulting file’s path is reproduced based on its source. It is useful for preparing binaries in a chroot environment.

The script is a tcpdump service starter and manager. It can also automatically delete files older than C days, and reduce the size of the main log file if it’s already larger than N bytes.

I wrote it back in 2010 for an LQ thread. Right now tcpdump already has most of its features.

A script that converts device paths in a fstab file to UUID forms.